A letter to the Governor – How to Reduce State Expenditures on Nursing Home Care.

Gary Alexander to be new Secretary of Public Welfare in Pennsylvania

By Jeffrey A. Marshall, CELA* 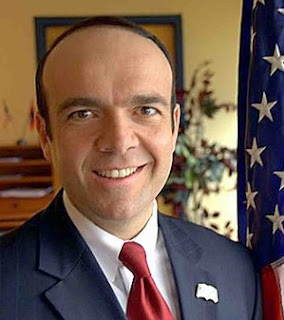 Governor Elect Tom Corbett has announced that he will nominate Gary Alexander to become the new head of Pennsylvania’s Department of Public Welfare.
Mr. Alexander is a lawyer. He received his bachelor’s degree in political science from Northeastern University and his J.D. from Suffolk University School of Law. He and his wife of 14 years have two children.The approval of his nomination by the Pennsylvania Senate appears highly likely.
Mr. Alexander previously headed the Rhode Island Office of Health and Human Services where he oversaw that State’s innovative and controversial Global Medicaid Waiver Program. Under that Waiver, approved by the federal Bush Administration, Rhode Island agreed to a cap on federal funds in return for unparalleled flexibility in designing its Medicaid program and spending those funds.
The Global Waiver allows the state to limit federal Medicaid entitlements in favor of state determined priorities.  The premise was that an unfettered Rhode Island could cut costs by pursing strategies such as reducing institutionalization through expanding home and community based care.
Readers who would like more information about Rhode Island’s Medicaid Waiver can find it at the following links:
A recent column by Mr. Alexander: Medicaid Waivers and the Rhode Island Model
An overview from Stateline.org: Rhode Island’s Medicaid Gamble
Critiques:
·       The Center on Budget and Policy Priorities
·       The Poverty Institute

CMS documentation on the Rhode Island Waiver
A December 10, 2010 article by Randal Edgar and Katherine Gregg in the Providence Journal's Rhode Island News states:
The final story has yet to be written on the Global Medicaid Waiver that [Rhode Island Governor] Carcieri won from the Bush administration, in its final days. . . .
As for the waiver itself, Carcieri acknowledges it has not yet produced the $60 million in annual savings he anticipated from the state’s newly won freedom to use its Medicaid dollars to pay for less-expensive alternatives to nursing homes. An interim report indicates the number of nursing home patients has indeed dropped 12 percent since Jan. 1, 2009, but the state’s $308-million nursing home bill rose 6.9 percent. The cost of providing home care and other “community-based services” went up 45 percent during the same span.
Carcieri says “these things take time.” Had it not been for the new opportunities provided by the waiver, nursing home costs “would have tripled,” said his spokeswoman, Amy Kempe.
So, it is probably accurate to say that the jury is still out on the Rhode Island Global Waiver. The program has yet to produce the kinds of savings initially predicted by its proponents.  But, in fairness, its results have undoubtedly been impacted by the recent Great Recession. The past two years were not a good test period.
At this point, we can only speculate on the Corbett/Alexander plans for Pennsylvania’s Medicaid program. Much has changed in the few years since Rhode Island received federal approval of its Global Waiver. The Obama administration may be less receptive to this kind of proposal than was President Bush. And the new Health Care Reform law is now set to provide health insurance coverage to many otherwise uninsured through an expansion of Medicaid.
I do expect that, in an era where the political password is “austerity,” Mr. Alexander will be tasked with reducing the escalation in the state’s share of Medicaid costs without jeopardizing the health of the program’s vulnerable beneficiaries – our children, the disabled, and seniors.
This won’t be easy. Medicaid is big business in Pennsylvania. Any new initiatives will face a gauntlet of interested stakeholders including health insurers, nursing homes, hospitals, health professionals, unions, and other interest groups, all of whom have a strong voice in Harrisburg. And the public believes in Medicaid. 80% of the public thinks that it is the government’s responsibility to help pay for health and long term care services for people with disabilities and chronic health conditions who cannot afford to pay for it themselves, according to The Kaiser Family Foundation , National Survey of the Public's Views About Medicaid (June 2005).
I join with other Pennsylvania Elder Law Attorneys in welcoming Mr. Alexander to Pennsylvania and wishing him well as he embarks upon his difficult new position. We will be anxious to meet him and learn of his plans for the future of Pennsylvania’s Medicaid safety net.
*Jeffrey A. Marshall is Certified as an Elder Law Attorney by the National Elder Law Foundation, under authorization of the Pennsylvania Supreme Court.
Posted by Jeff Marshall at 12:30 PM 1 comment:

By Jeffrey A. Marshall, CELA*


The Central Penn Business Journal recently asked me for my predictions for 2011 with regard to estate and elder law planning. Here is my response.
I’m anticipating a very busy year for lawyers who focus on estate planning and elder law.
The federal rules governing the taxation of gifts and estates have been completely rewritten. Clients with land or business interests or other forms of wealth will want to revisit their plans for lifetime and testamentary gifts. Unfortunately, the new estate and gift tax laws are written to sunset on December 31, 2012, so our client’s window of opportunity may be limited. This means that estate planning lawyers are likely to be reviewing and revising many client plans over the next two years.
My office represents a lot of landowners with interests in the Marcellus shale. These clients will continue to need sophisticated legal representation in regard to issues such as pipeline leases, the creation of business entities like family partnerships, and estate planning.
Expert estate and lifetime planning assistance from a certified elder law attorney will be particularly important for seniors.  Pennsylvania’s $4 billion budget deficit could result in serious cutbacks this year in senior support services. New rules are taking effect under health reform that impact seniors, mostly positively. And recent federal cases give nursing home residents new opportunities to qualify for more extended Medicare benefits.
The Magazine then asked what advice I was currently giving to business owners?
In my 38 years of practicing law, I have never seen a better time for business owners to engage in estate planning. The new Tax Relief Act includes estate and gift tax provisions that provide business owners with a remarkable opportunity to make tax free lifetime gifts to younger generations. The $5 million dollar exemptions set for gift and generation skipping taxes can be leveraged to protect even more substantial wealth from being subjected to later death taxes. Business owners should revisit and update their plans during this two year widow.
Married business owners need to understand the estate and gift tax portability provisions in the new law. Failing to claim the unused credit on the death of the first spouse can be a million dollar mistake.

* Jeffrey A. Marshall has been Certified as an Elder Law Attorney (CELA) by the National Elder Law Foundation under authority of the Pennsylvania Supreme Court
Posted by Jeff Marshall at 11:15 AM No comments:

Benjamin Franklin famously noted that "in the world nothing can be said to be certain except death and taxes." But last year the bond between these two certainties was more flexible than usual.


By dying on December 30th Roger Milliken has joined the list of billionaires whose heirs have escaped the federal estate tax. Mr. Milliken, a South Carolina textile tycoon, was a long time player in Republican politics and conservative and libertarian causes. He was a significant supporter of Barry Goldwater in 1964, and backed the Presidential campaigns of Pat Buchanan in 2000 and Duncan Hunter in 2008.
Mr. Milliken was credited with launching the “Crafted with Pride in the U.S.A.” advertising campaign in the 1980s to protect his business interests and his workers from textile imports.  To his great credit he was an ardent opponent of segregation during the 1960s.
Had Mr. Milliken lived for another 48 hours, his estate would have been subject to federal tax at the new 2011 rate of 35%.
Posted by Jeff Marshall at 6:48 AM No comments:

Jeff Marshall
Williamsport, Pennsylvania, United States
I am a Pennsylvania lawyer with over 35 years experience in estate planning and elder law. I was selected by US News Best Lawyers® as its Lawyer of the Year in Elder Law for 2014, 2018, and 2020 for the Harrisburg, Pennsylvania metropolitan region. I am of counsel to Marshall, Parker and Weber, a law firm which has offices in Williamsport, Jersey Shore, Wilkes-Barre and Scranton, Pennsylvania. I am past President and a founder of PAELA (the Pennsylvania Association of Elder Law Attorneys). However, the views expressed on this site are my own and not those of PAELA or of Marshall, Parker and Weber. Most importantly I am a husband, father and grandfather.

Listed in Best Lawyers in America